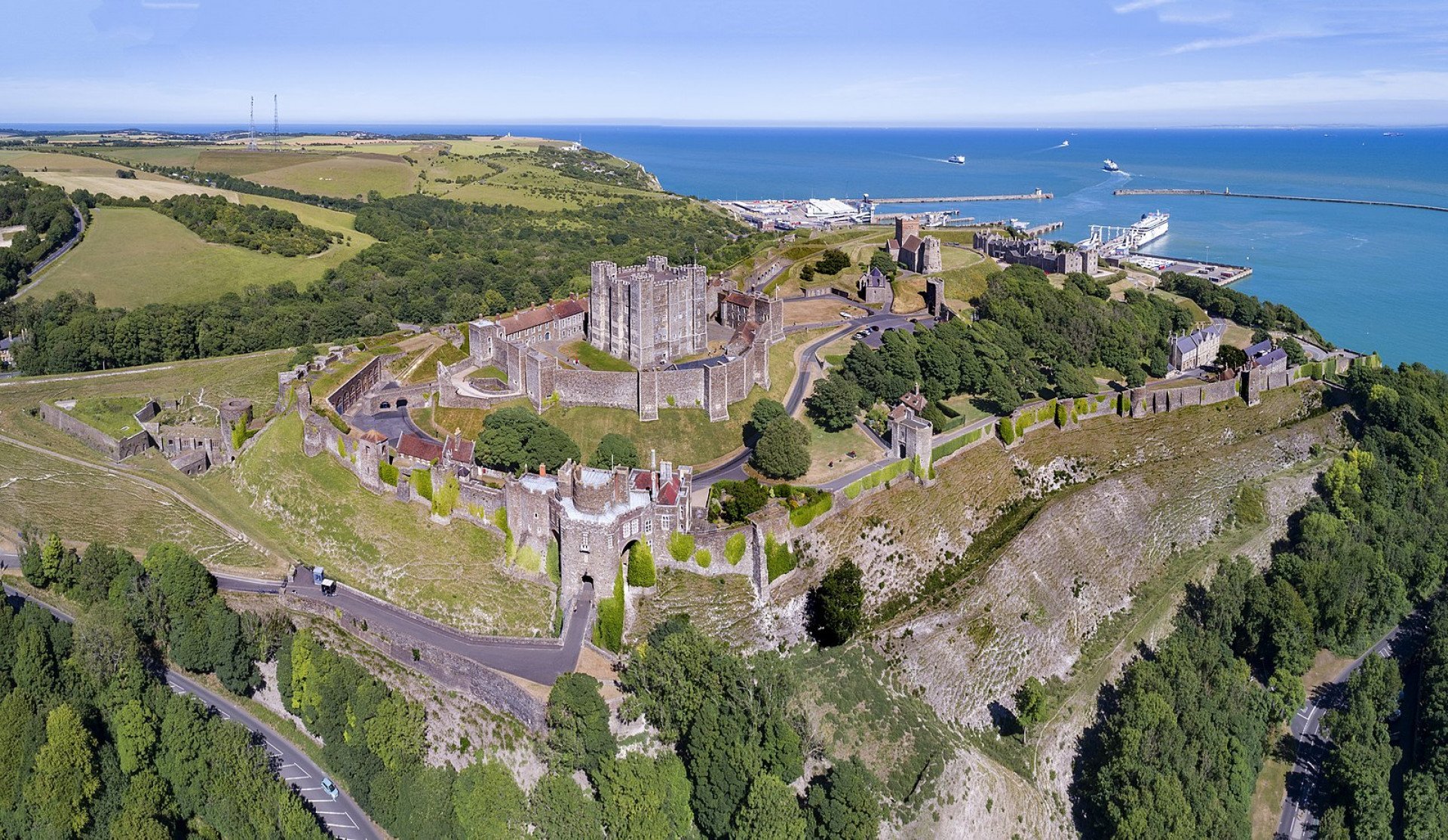 Discover our sightseeing and excursion flights around Dover Castle. Choose from over 17 flights to discover Dover Castle from a completely different angle.

Dover Castle is perched imposingly on the cliffs of the Kent coastline overlooking the English Channel. Often described as the 'Key to England' because of its significant role in defence throughout history, the castle has played a key part in numerous British time periods, from the Anglo-Saxon era to the Second World War. Some sources even claim that it is the largest castle in the country! An aerial panorama of the castle is a truly spectacular sight, with the impressive battlements set against a backdrop of the stunning Kent countryside.