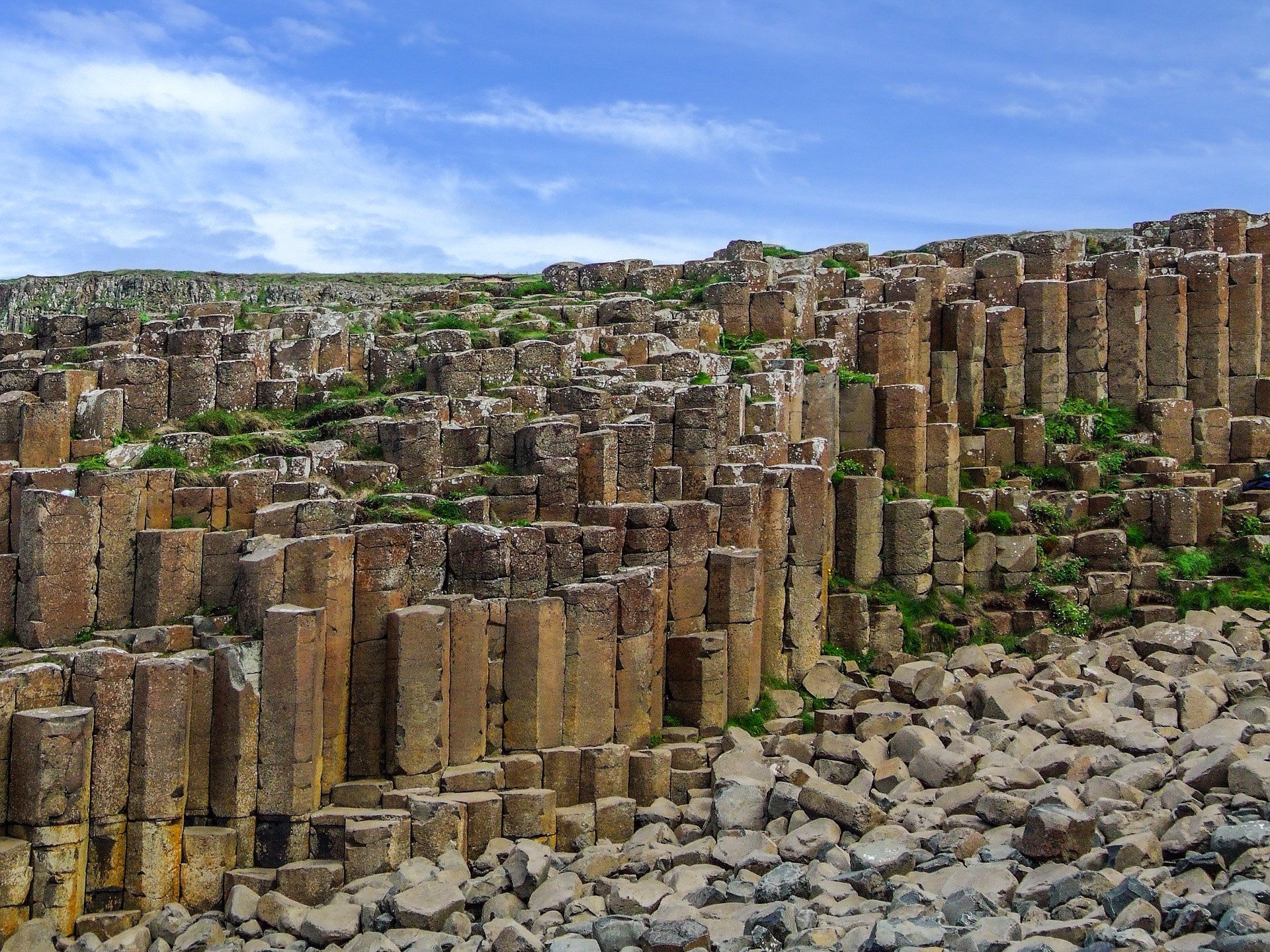 Giant's Causeway is arguably one of the most famous landmarks in Northern Ireland. This is partly owing to its intriguing name, a reference to the myth which claims that the basalt columns are what is left of a causeway built by a giant. The mysterious legend and the uniqueness of the columns draw millions of tourists to the northern Irish coast every year. The truth behind the landmark's history is secret, as is the fact that Giant's Causeway is best admired from above, where you can admire the unusual basalt towers and the ocean stretching out to Scotland from a whole new perspective.